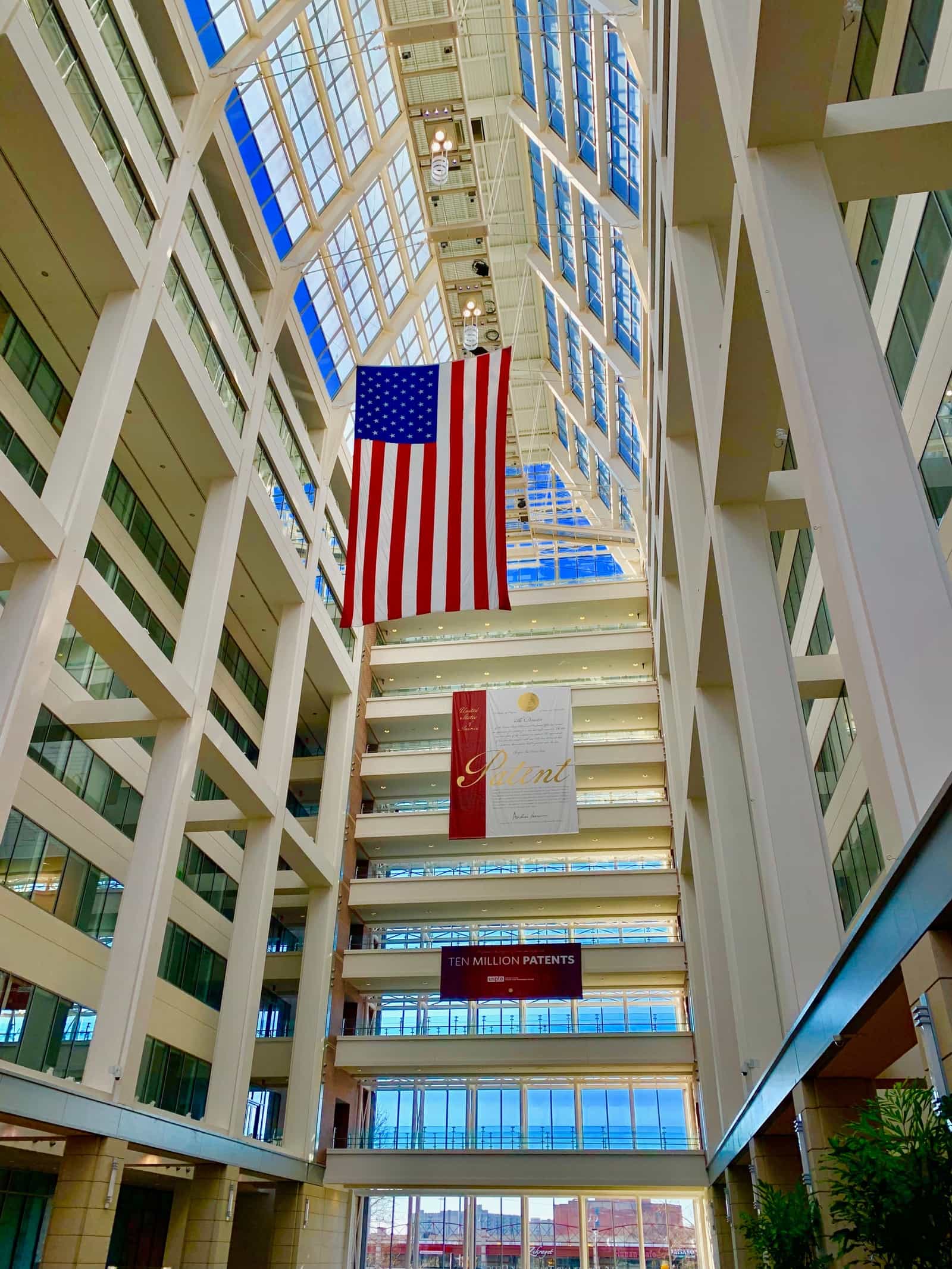 The Trademark Public Advisory Committee (TPAC), a small group of senior trademark industry professionals who advise the Director of the United States Patent and Trademark Office (USPTO) and the Commissioner for Trademarks, held its third public meeting of the year on July 24, 2020. If you are not already familiar, please see our previously issued alerts regarding the Office’s COVID-19 relief efforts for parties filing petitions due to inadvertent missed deadlines and extensions of time to make certain filings.

TPAC commenced the public meeting with a dedication to Dinisa Folmar, a renowned and beloved member of TPAC (and former member of the team that ultimately became Winterfeldt IP Group) who passed away earlier this summer. Elisabeth Escobar, the Chair of the Trademark Public Advisory Committee, read a statement from Brian Winterfeldt, Winterfeldt IP Group’s Founder and Principal, remembering the brilliance of Ms. Folmar’s life and her impact on the trademark community.

Trademark Filing Trends. The Office has adjusted its projected number of trademark filings for FY 2020 from 584,000 to 625,000 after seeing a slight increase in trademark filings during the third quarter of the current fiscal year. Even though the new projection is still less than the original forecasted number of filings projected before the global COVID-19 pandemic took hold, it is a development that is being taken with cautious optimism. Nonetheless, the Commissioner for Trademarks, David Gooder, emphasized that the Office is being impacted by the economic uncertainty caused by the pandemic and is maintaining a conservative approach to its projections and finances.

USPTO Examination Performance. First action pendency times for trademark applications are at 2.7 months for the third quarter, well in line with the USPTO’s 2.5-3.5 month target for FY 2020. First and final action compliance, which measures the quality of the USPTO’s performance with trademark applications, is also increasing, suggesting that the USPTO has not been hindered by the transition to remote work due to the COVID-19.

New Examination Guide after USPTO v. Booking.com Ruling. The Office is currently drafting a new Examination Guide to implement the Supreme Court’s decision in USPTO v. Booking.com regarding “generic.com” designations. The decision rejected the Office’s proposed rule that so-called “generic.com” designations be deemed generic almost per se and without regard to evidence of their significance to consumers. Commissioner Gooder said that the Office is aiming to complete the drafting of the Examination Guide by the end of this month or by early August. Winterfeldt IP Group has published a more detailed and comprehensive analysis of this important decision on its website.

Relief Measures to Those Impacted by COVID-19. The Office stated that it is not ruling out further relief measures to trademark applicants and registrants impacted by the COVID-19 pandemic, but did not indicate what specific measures it is actively contemplating. The Office will continue granting deadline extensions under its CARES Act authority on a case-by-case basis. Applicants and Registrants may also seek to revive or reinstate applications or registrations that lapsed due to hardships caused by COVID-19 by filing a Petition to the Director. The Office had received 245 Petitions to the Director as of July 24, 2020, but did not comment on the number of Petitions that it had granted. The USPTO also implemented a program on June 15, 2020 to advance the initial examination of applications for marks used to identify qualifying COVID-19 medical products and services. The USPTO has received 64 requests for this examination and the USPTO has approved 46 of them. More information regarding these relief measures can be found on Winterfeldt IP Group's website.

Budget and Spending. The Office has revised its projected trademark revenue upward from the last TPAC Quarterly Meeting to around $339 million dollars. It also reported an increase in actual fee revenues during the third quarter of FY 2020. Even though the Office is taking this information with cautious optimism, it continues to take a conservative approach to spending and projected revenues due to the economic uncertainty caused by the global COVID-19 pandemic. The Office has cut its projected spending to $372 from over $427 million and continues to maintain its reserves at higher than normal so that it is prepared for any sudden downturns in finances. The Office continues to stay in close contact with Congress and the Executive branch regarding the Office’s finances.

Anti-Counterfeiting Campaign. In June 2020, the USPTO virtually launched the GO FOR REAL anti-counterfeiting campaign aimed at educating teens, tweens and their parents on the dangers of counterfeit good and how to spot them.

Continuing Impact of the United States Counsel Requirement. The Office’s special task force reported that the implementation of the United States counsel requirement rule continues to dramatically reduce the number of defective applications. These include applications with fake or altered specimens or false applicant information. The changes appears to have successfully diminished the exceptional number of such applications originating from China. The task force has revised the examining guide applying this rule after receiving some feedback from trademark applicants regarding the burden the rule is imposing and will be publishing the revised exam guide in the coming weeks. However, it could not specify when this new examining guide would be published for comments.

The Office nonetheless reiterated its concerns about misconduct that has arisen in response to the United States counsel requirement. It continues to combat a new tactic adopted by foreign-domiciled filers whereby they acquire and use contact information from mail forwarding services located in the United States, which they misrepresent to be their domicile in order to avoid the United States counsel requirement altogether. Foreign-domiciled filers also continue to use the names of attorneys with whom they have no relationship or that are entirely fictitious. The task force will continue reviewing weekly data analytics reports to identify suspicious surges in foreign representation. It will also receive information from examining attorneys regarding suspicious applications. Meanwhile, attorney trademark practitioners should regularly monitor trademark records for uses of their own credentials to which they have not consented.

TTAB Filing Trends. The number of appeals, opposition filings and petitions to cancel have remained the same or decreased through the third quarter of FY 2020. There has also been a decrease in the number of cases ready for decisions, suggesting a somewhat lessened workload for TTAB officials. However, the recorded decrease may be somewhat misleading because they may just be a stark contrast to the considerable increase of these filings just at the end of the FY 2019.

TTAB Pre-Trial Conference Pilot Program. Chief Judge Gerard Rogers reiterated that the TTAB is considering a new “pre-trial” conference pilot program in order to reduce the number of cases with unnecessarily large records. There was no mention of any concrete steps taken to implement the pilot program, but it does signal that the TTAB has recognized a problem in pre-trial phases that should be addressed, particularly because the Board’s finances are so uncertain due to the COVID-19 crisis.

TTAB Performance for FY 2020. The average pendency time for resolving contested motions was recorded at 11.8 weeks through the third quarter of FY 2020, falling within the TTAB’s target at the beginning of FY 2020. The Board expects that the number will be reduced even further because relatively few cases are ready for decision and the board has recruited more attorneys. However, the pendency time from the date a case is ready for a decision to the issuance of a final decision is 13 weeks for ex parte appeals and 18 weeks for trial cases. In general, the total pendency time for the resolution of a TTAB case from the moment it is filed to the final decision is 48.6 weeks through the third quarter of FY 2020, representing an increase of 20% from last year. Chief Judge Rogers notes, however, that this average total pendency time was probably caused by the considerable increase of filings at the tail-end of FY 2019 and that it will probably go down as the current year progresses.

TTAB IT Updates. The Board will be launching a Reading Room that will replace the e-FOIA webpage on August 1, 2020, improving the ability to search TTAB precedents and final decisions. The Board continues to urge the public to provide feedback regarding any technical difficulties related to this new feature via TTABFeedback@uspto.gov.

Implementation of Phase One of US – China Trade Agreement. The Office reported that the Chinese government has been working to promulgate the Action Plan required by Phase One of the China-US Trade Agreement that is supposed to outline the structural changes to its intellectual property regime, including trademark prosecution and enforcement. Among the more notable IP protections contemplated are:

State Sovereignty Immunity after Allen v. Cooper. Various members of Congress sent a letter to the USPTO requesting that it study the impact the Supreme Court’s decision in Allen v. Cooper is having on patent or trademark owners. The decision held that Congress lacked the authority to revoke States’ sovereign immunity against claims of copyright infringement. The Office is currently reviewing the request internally and will seek feedback and relevant evidence from external stakeholders, including States, IP owners, and others. The Study is due no later than April 30, 2021.

Plain Packaging Developments. The Office highlighted the World Trade Organization (WTO) Appellate Body’s report upholding the findings of a Dispute Settlement Panel that Australia’s “plain packaging” regime for tobacco products is consistent with its international obligations, including its trademark commitments under the TRIPS Agreement. The Office continues to monitor this growing international trend of requiring plain packaging on products that are perceived as being harmful, such as tobacco, firearms and high fat or sugar foods.

Trademark Modernization Act of 2020 (H.R. 6196/S.3449). The Trademark Modernization Act, passed in the House of Representative’s Subcommittee on Courts, Intellectual Property, and the Internet, and the Senate’s Subcommittee on Intellectual Property with bipartisan support, is still waiting to be presented on the floor of both chambers. There continues to be notable support for the bill, with remaining revisions likely to address minor technical issues.

We hope that this overview provides you with timely insight into important developments within the trademark community in the United States. Please feel free to reach out with any questions or comments about the work being done by the Trademark Public Advisory Committee, and we would be pleased to share your feedback with the United States Patent and Trademark Office. If any of the above topics are of interest and you would like more information, we would be delighted to hear from you. Otherwise, we look forward to sharing updates from the next TPAC meeting, which will take place on October 30, 2020, as well as to keeping you apprised of other intellectual property developments.